It’s been a rough snow year for the North Shore Mountains. Most of the precipitation has fallen as rain on all three ski areas. Cypress and Grouse have been able to stay open with the help of their snow-making equipment during the cold and dry spells. Seymour Mountain just opened last week, and only have four runs open.

Up until this past weekend, the lower mountain has been snow free. I have been solely hiking and trail running in the local mountains.  Skiing here seemed like a long ways off. The following photo was taken during a Christmas eve hike up the Flint and Feathers trail on Grouse Mountain. The trail was snow-free, and it was odd to break out of the lush green rain forest and into the artificial snow thinly glazing the Grouse base area. 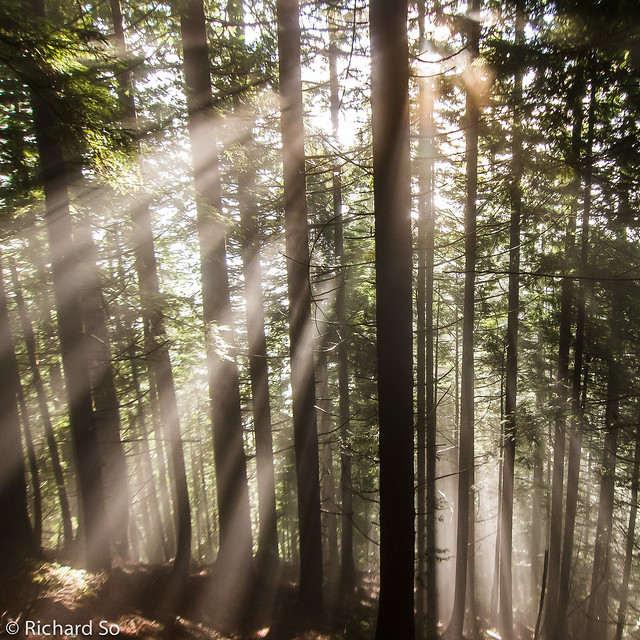 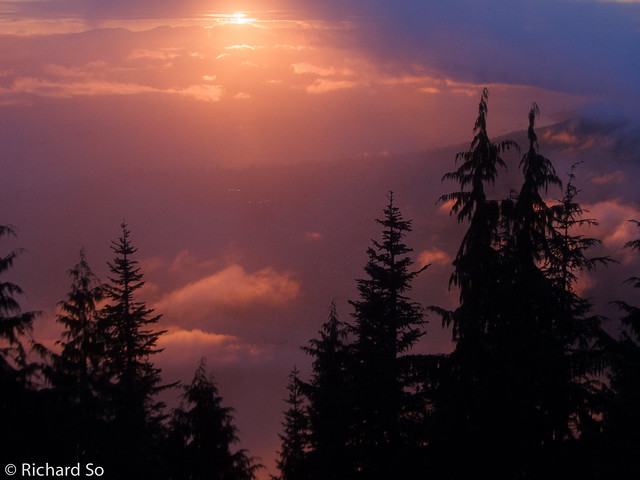 At the tail end of the storm last weekend, up to 50cm of much welcomed snow fell, followed by rain on Sunday night as the temperature spiked. Freezing levels have been sitting at 3000m and above this past week, with an inversion in the city. While it’s foggy, 5C and depressing down in the city, it’s just glorious sunshine and 14C up on the local mountains.

We decided to check out the conditions on Seymour yesterday, curious if there was enough snow to skin from the parking lot. The short answer is yes, but it might not stick around for long, and enjoyable turns should not be expected on the trail or beyond Brockton Point with the current snowpack. 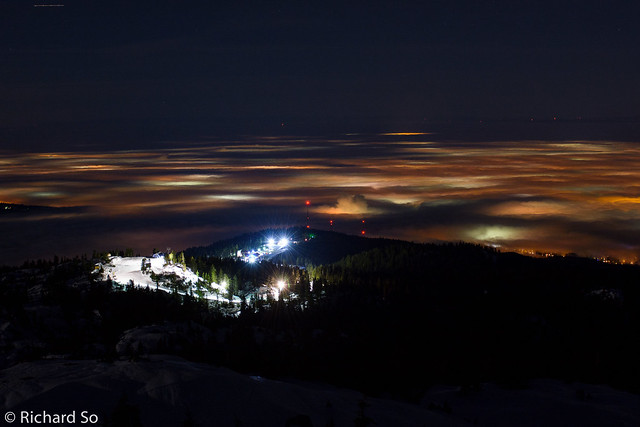 We followed the very well marked winter route, easily followed in the dark up to the Elsay junction. The final pitch to the First Pump is thinly covered with snow and ice. Not a spot where you would want to slip or lose a ski right now. The south face is not snow covered. I took some photos of the city lights below the inversion, somewhat unequipped, with only a small flexible tripod, with one wobbly legs that seems to defeat any of my attempts to steady the camera. Paul and I held a quick meeting of the North Shore Ski and Beer Club, with a Parallel 49 Salty Scot beer. 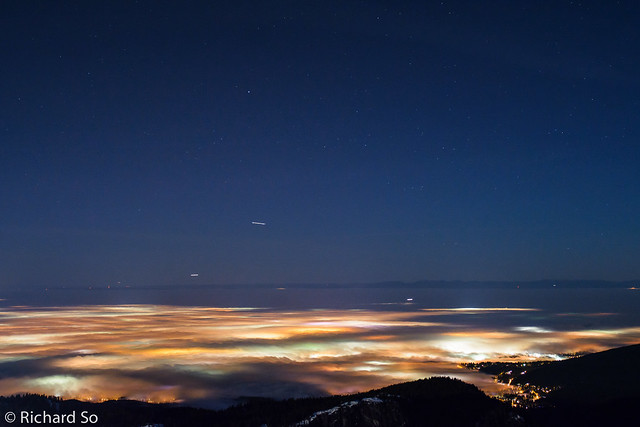 Vancouver concealed under a quilt of low-lying fog 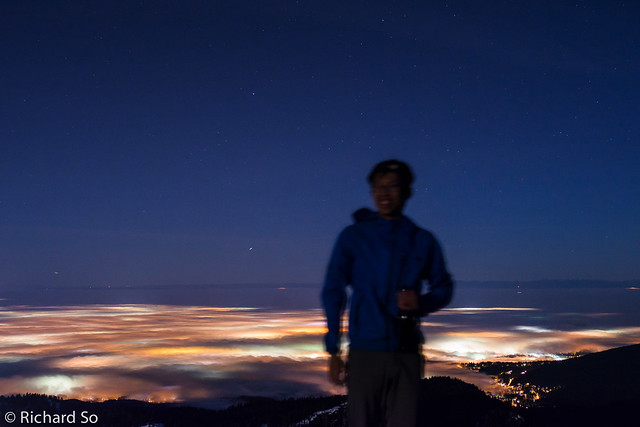 Member of the North Shore Ski and Beer Club

In my head, I knew the descent would dreadful. The anticipation built up as I carried my skis down past the ice-covered rocks, and clicked into my bindings. On the way up, I thought we could always walk down if necessary. At least we got the exercise on the way up. That was the point of the evening. By continuing to go up, I could maximize the suck. That’s the whole of ski touring, To find the worst possible turns. The goal was to dodge all the trees and trail marker poles, while trying to stay on top of the breakable crust, or hold an edge on firm supportive sun-crust.

The descent was interesting, and definitely survival skiing, I was still smiling, there could be worst things to be doing and places to live in. The skiing can only get better, right? I’m off to Grouse Mountain tomorrow night for a training session for VASS, and then I’ll be up on Cypress on Tuesday nights volunteering. I’ll let you know if the snow conditions gets better! 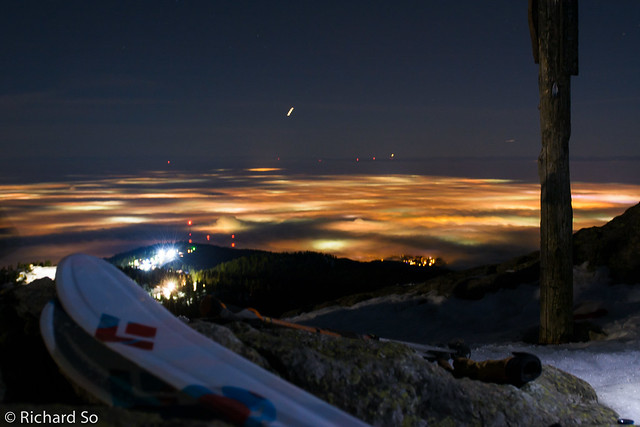 Where is the snow?