Uncertain about the snow conditions,I headed up to Red Heather again, with Ben Tiff Adam and Tracy. It was pouring rain in North Vancouver, which barely changed to snow at the parking lot. There are lots of potholes on the road up, but otherwise snow and ice free. We carried skis for ten minutes, from the car park, up around the switchback and transitioned just below the Howe Sound viewpoint. There was just enough snow to skin on the road. Coverage on the road improved beyond the waterfall, but still thin in the forest.

Snow depths ranged from 95cm in the meadows, to 125cm below Round Mountain. Coverage is great up there now, and skiing should be good once we get some colder snowfall. We tried to ski a few runs on the north side. Turns were not necessarily today, and the key was to keep as much momentum forward through the heavy deep snow. Coverage in the trees on the south side is still thin, and not recommended. The winter route is now marked with orange poles to Elfin Lakes.

It stayed dry most of the day, until the second warm front passed through in the afternoon, bringing warm and wet precipitation. We left the warming hut at 3pm, and skied down the slow and sticky snow on the road. The last ten minutes to the car were wet. We hiked down in pouring rain to the now slushy parking lot. 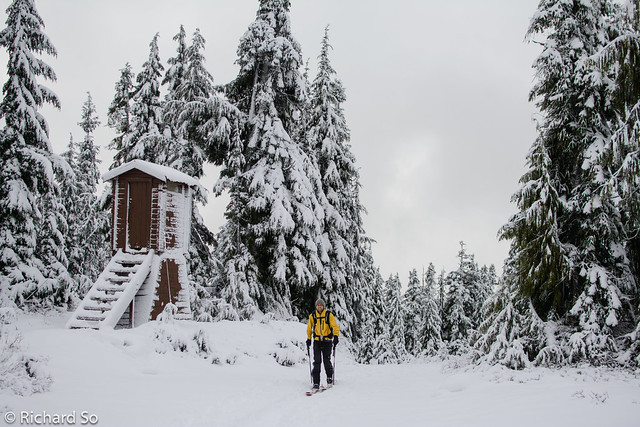 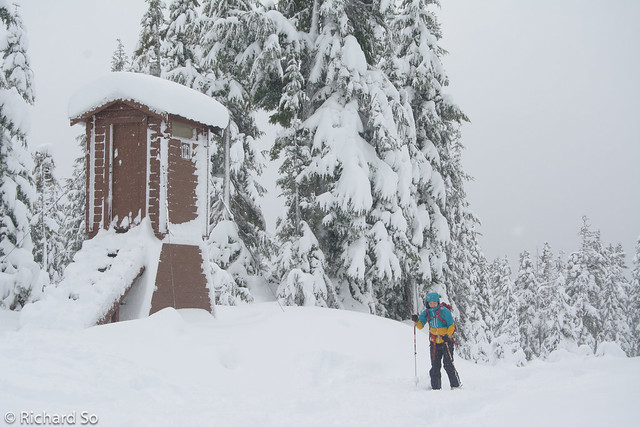 November 22 on the left, and December 20 on the right. 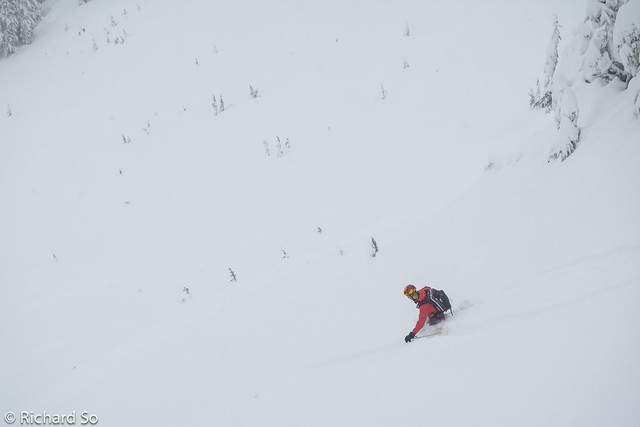 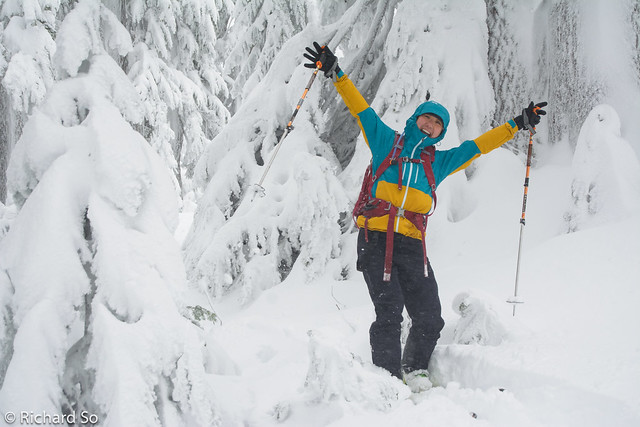 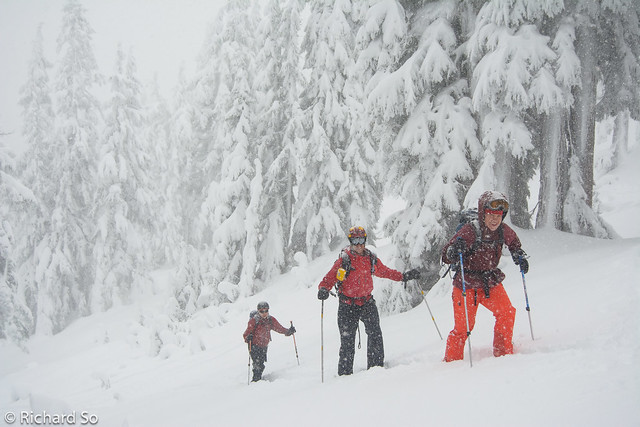 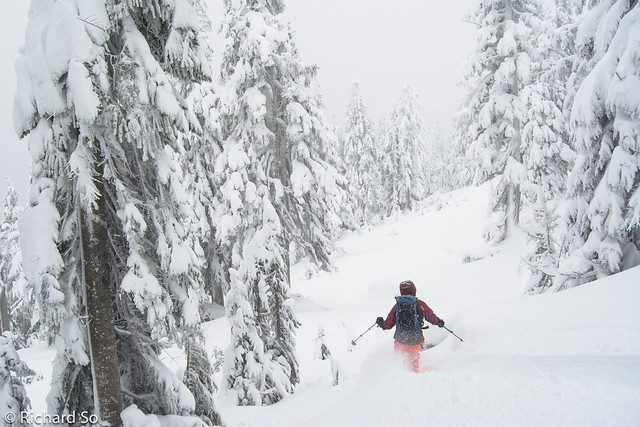 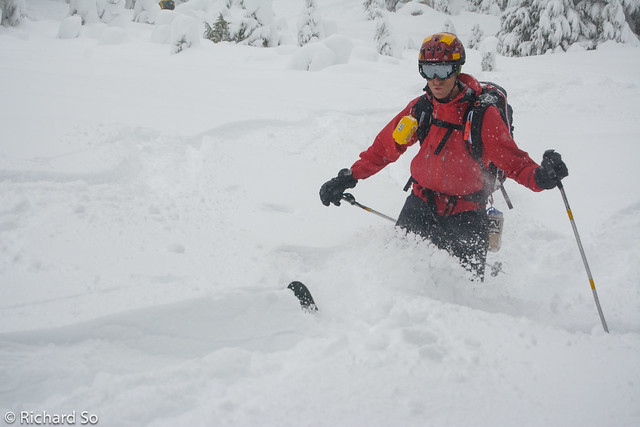 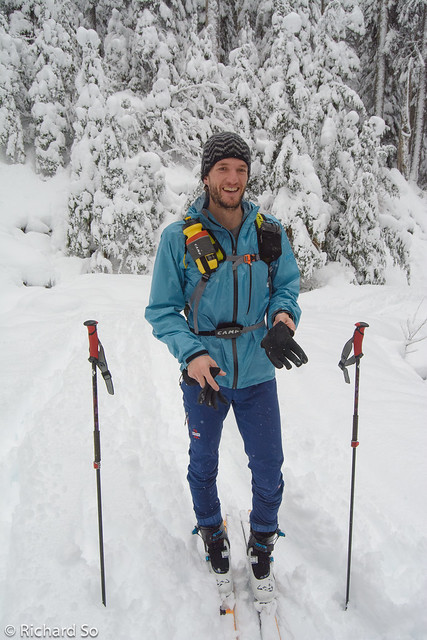 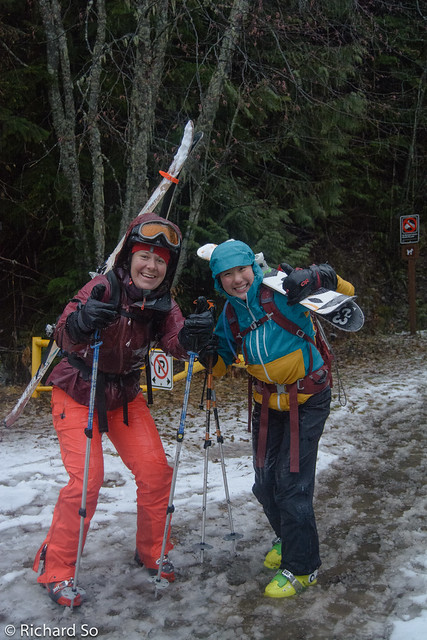 To celebrate the winter solstice, I joined Ben, Jen, Mark and Jen for some slackcountry skiing out to the Musical Bumps. I was torn between sailing or skiing today, but ultimately the fresh powder was too tempting. It was gongshow in Whistler village, with a ridiculous hour long wait to get up the gondola. It didn’t matter anyways, since Harmony opening was delayed and we skied right into the lineup as it started loading.

The snow at ridgetop off Flute was wind effected, but quality improved significantly lower down on the northwest and northeast aspects down into Oboe Creek. Snow depths was around 140 to 160cm. Snow quality deteriorated below 1650m, with a thin breakable raincrust. The best skiing was between 1700m to 1900m. The weather wasn’t the greatest for ski photography, with flat light and low contrast conditions for most of the day. 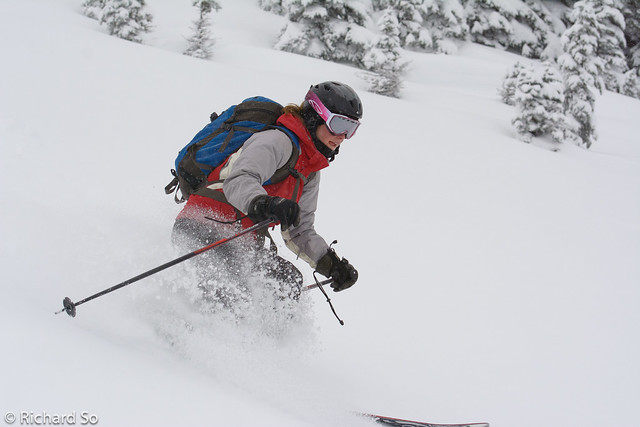 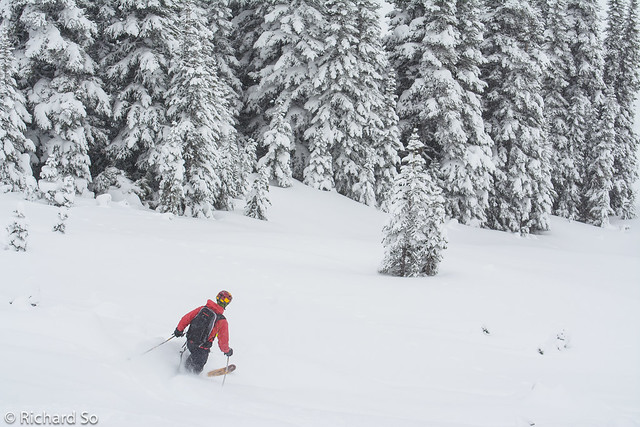 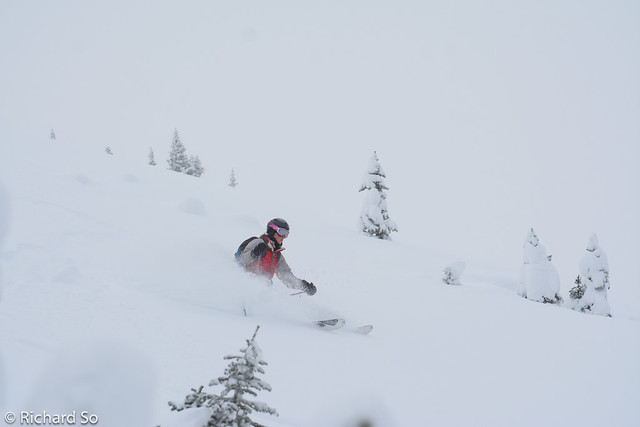 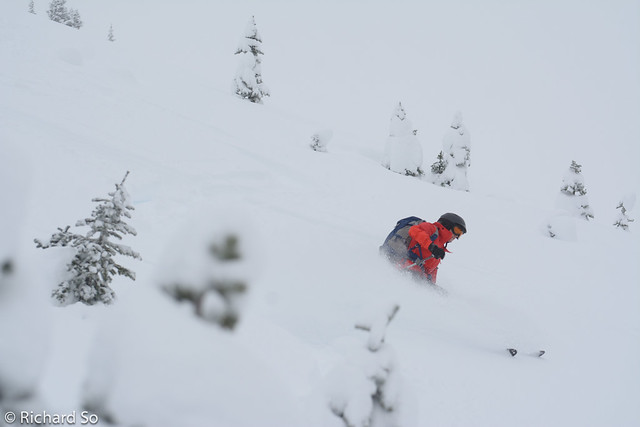 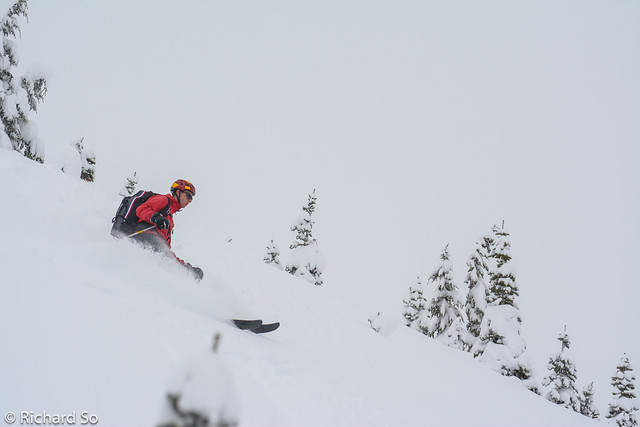 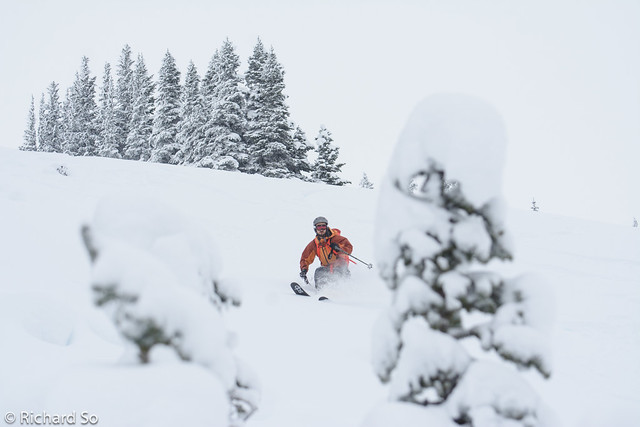 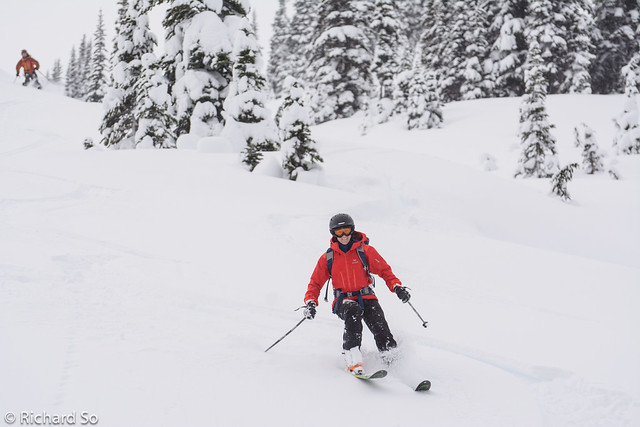 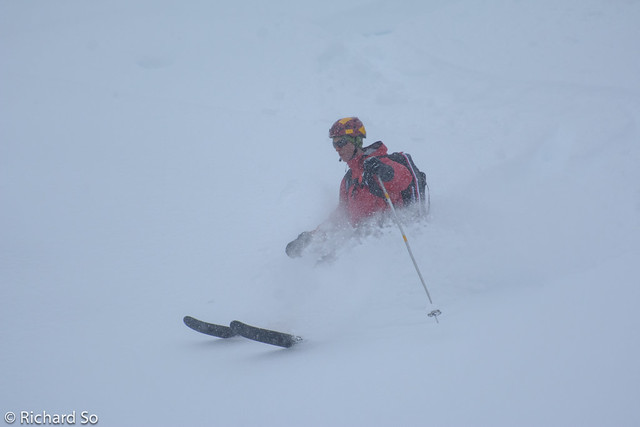 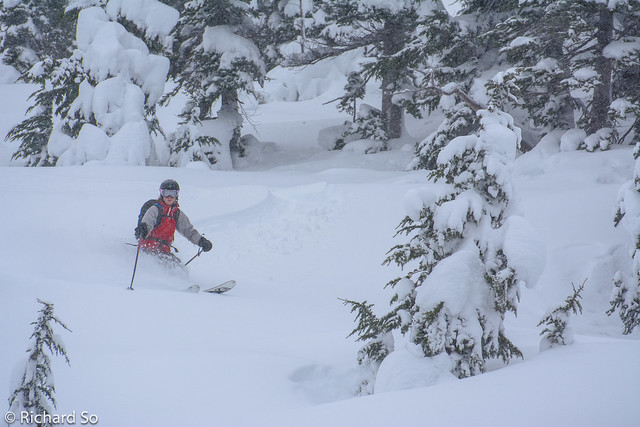 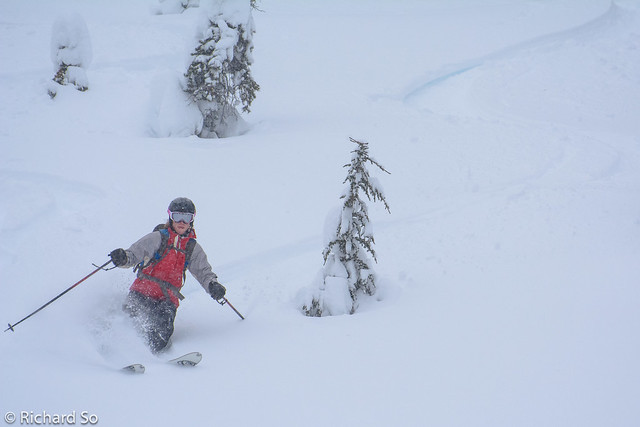 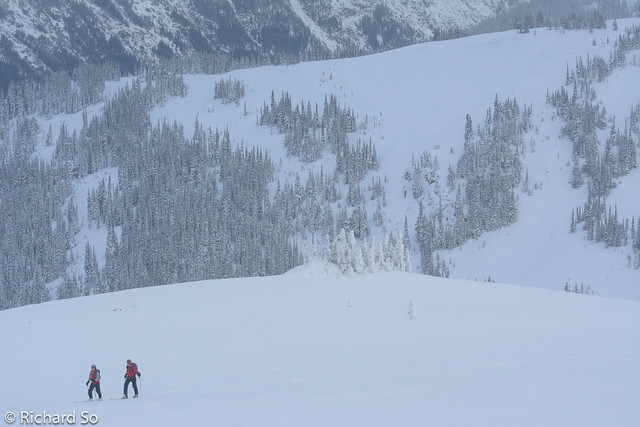