It was 10pm on Saturday night, and I was without a ski plan for Sunday. Never a good situation to be in. I was out at a friends party, and still had to pack my ski bag from the day before with my gloves and liners drying out. Luckily, I got in touch with Bram who was equally motivated to ski in marginal conditions (although photos below may suggest otherwise). After fifteen minutes of tossing around ideas, brainstorming of a place that didn’t involve a lengthy hike, we settled on Brandywine Mountain.

It’s still very thin below the alpine right now. A few more cold storms would help. The freezing levels look good into this coming weekend, 30-40cm of snow falling at 1000-1200m. Unfortunately there’s a warm front approaching on Sunday. Hopefully the warm rain will be short lived. Getting high is key.

Just like the day before, we drove up to 1200m on the Brandywine FSR, parking just above the last hill. From here, we continued along the flat road, taking off our skis for nearly every open waterbar.

I knew it was going to be busy, and tracked out from the day before. I was still surprised when we reached the meadows, and the Brandywine Glacier. A wasteland of tracks from the eyes of a ski tourer. Far from a pristine alpine environment.

Snowmobile tracks went straight up to the col at 2000m with the Brandywine Glacier. It was interesting getting up this slope, breaking trail on breakable crust on the side of the tracks. I tried skinning on the tracks, but they had frozen over during the night and were icy. I have old skins on my rock skis which don’t help with traction either.

It was baking hot, reminiscence of a spring day. There were a few snowmobilers who were about to descend just as I reached the col with a cool breeze, and were nice enough to wait for Bram and Rebecca to reach the top before dropping in.

Holy crap. That was my initial reaction when I saw the tracks on the Brandywine Glacier. The nice pocket on the glacier was completely high-marked out. Fortunately, the final windswept icy slopes to the summit were untouched, so we continued upwards.

The views from the summit were spectacular as always. The sun sits low in the sky at this time of the year. To the west, over Mount Fee and Mount Cayley, the skies looked like a slow sunset. Golden yellows and oranges contrasted against the cold blue snowy landscape. An approaching weak front brought bands of wispy clouds over the mountains. We sat on the rimed icy summit, enjoying some hot tea and chocolate cookies while watching the subtle colour changes in the sky with the setting sun. The day was short, with the winter solstice only a week away.

We skied windswept snow and pockets of powder off the summit. I spotted a line between some rocks below the summit. The entrance off the wind lip was icy. My skis chattered as I traversed the slope, and then I found some softer snow and made a turn. Looking back up, I couldn’t see where my tracks entered the slope due to the hard snow. The slope below was better than expected, with nice chalky powder. It was certainly more aesthetic than retracing the line through the snowmobile tracked slope.

Bram and Rebecca took their own line lower down, and we re-grouped on the flat Brandywine Glacier. We were expecting the worst for the descent off the col in the frozen snowmobile tracks. But it was better than expected, with pockets of north facing powder preserved in the shade and cold temperatures.

Back at the meadows, a group of snowmobilers offered us a ride back to the car, citing the late hour. We politely declined, and made good progress back to the road. In fact, with the thin snow coverage and open creeks, we beat them down to the road. Something about a stuck sled in a creek. And then, they zoomed past us on the road and waved goodbye.

We plodded down the road, skiing the first half and walking once the road became more patchy and rock covered. 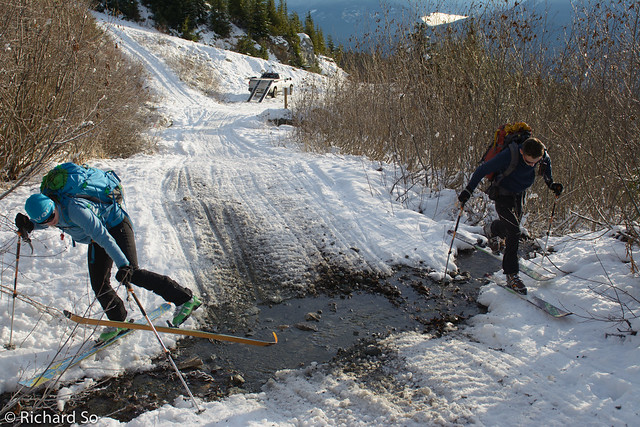 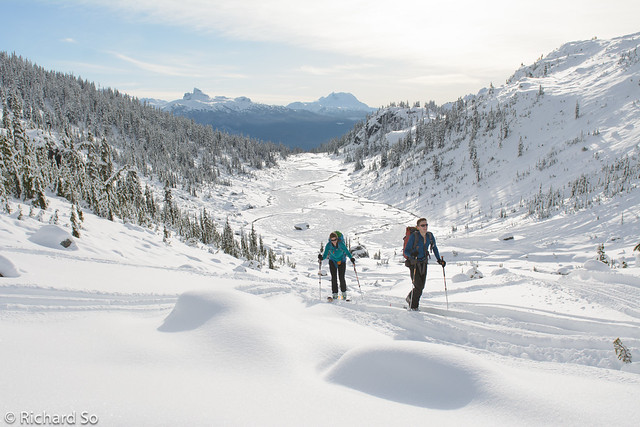 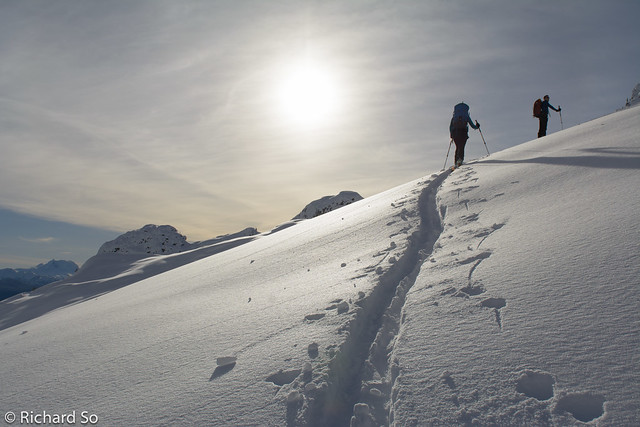 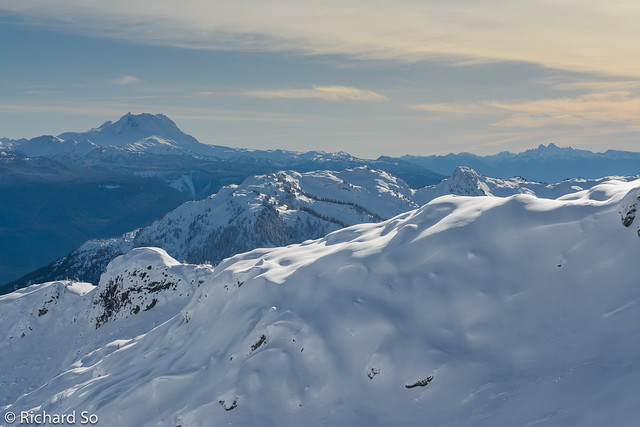 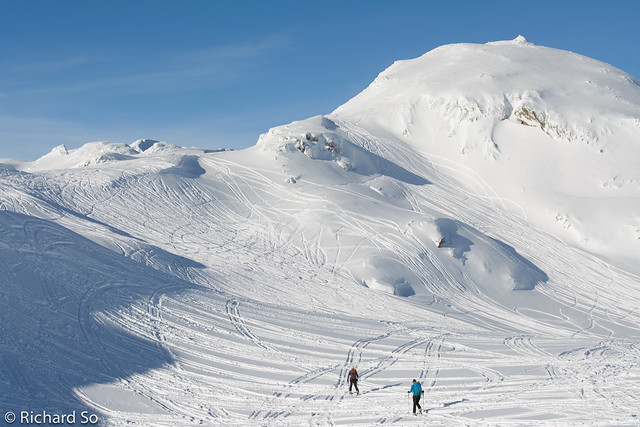 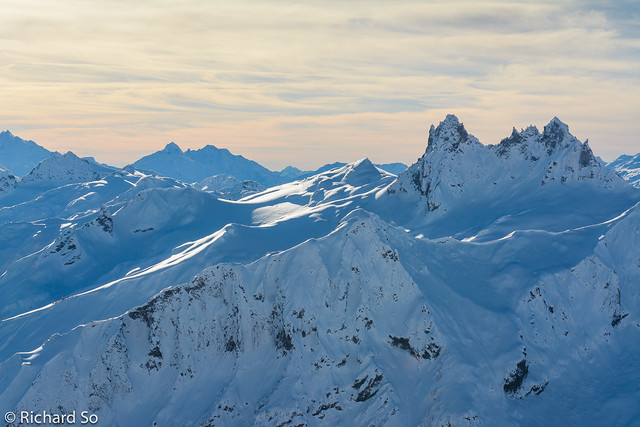 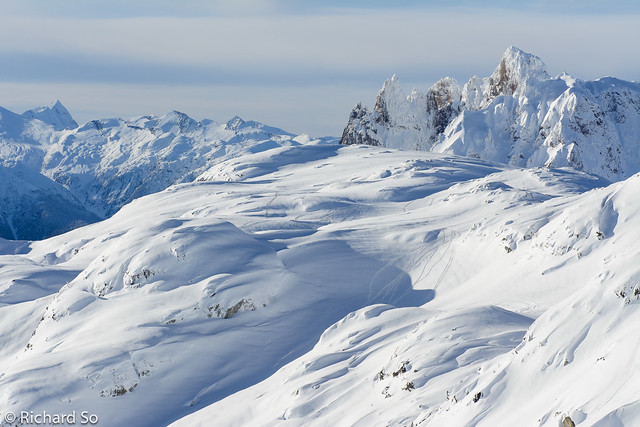 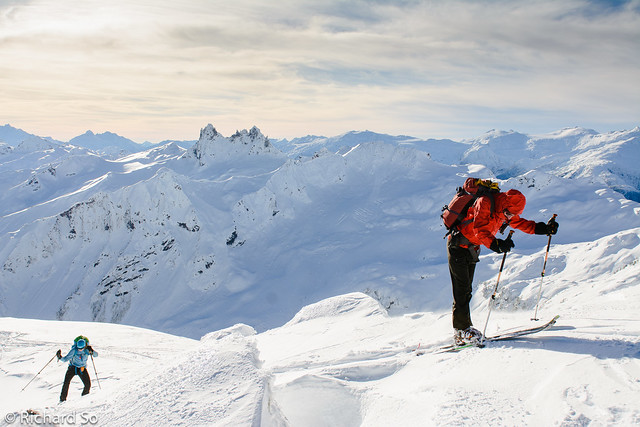 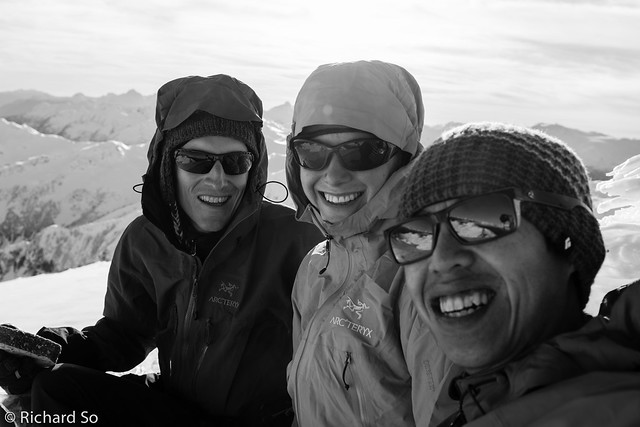 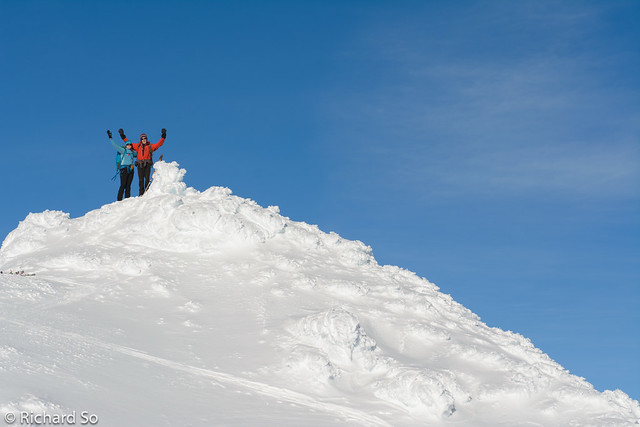 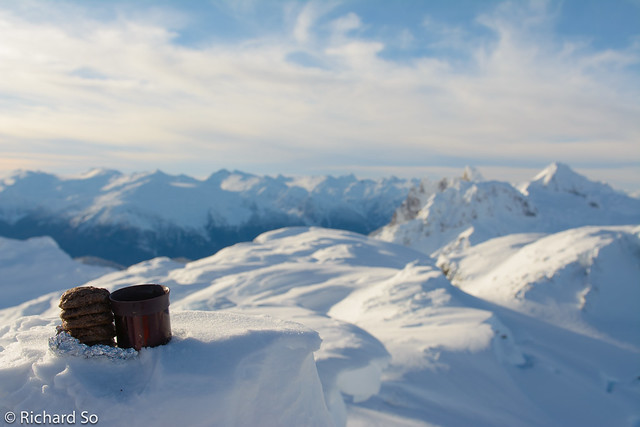 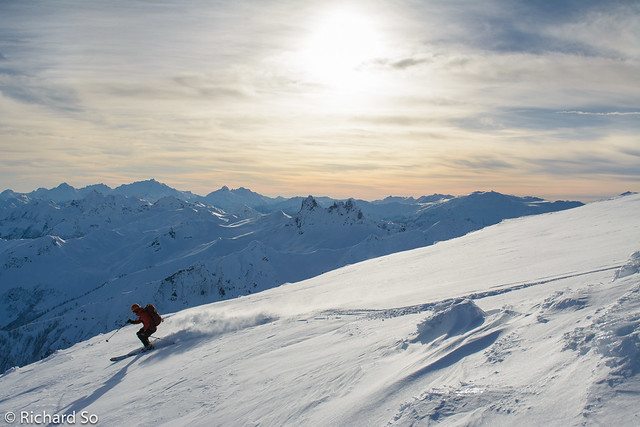 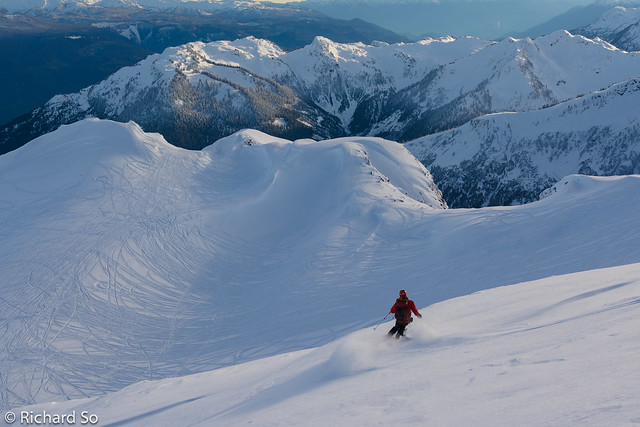 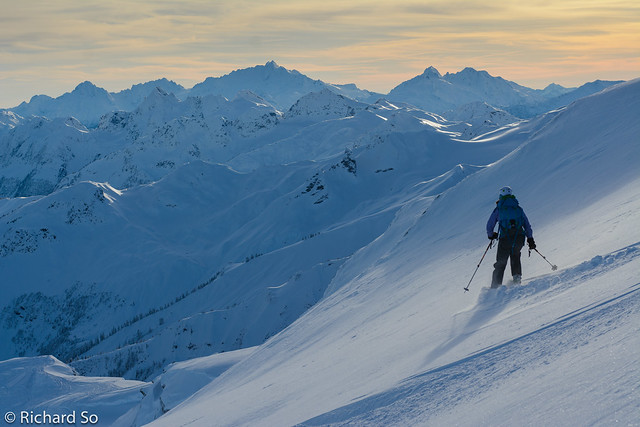 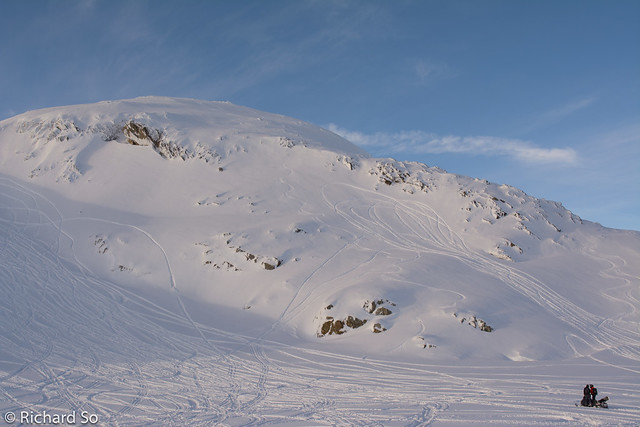 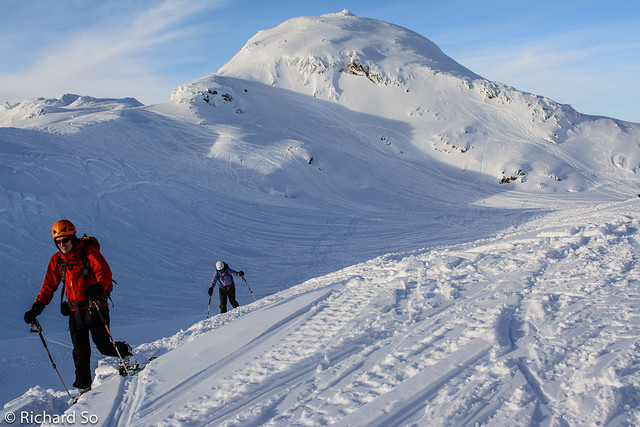 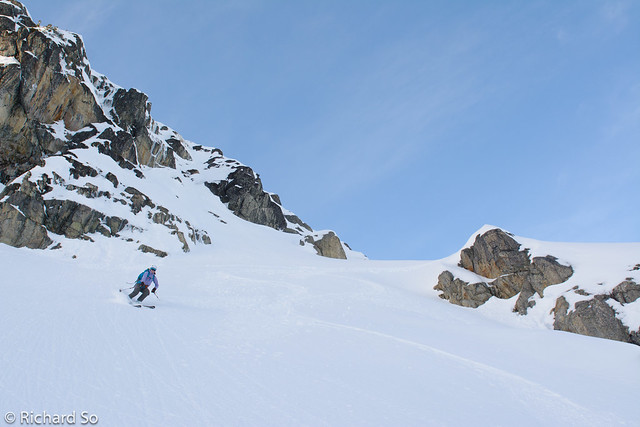